Hit enter to search or ESC to close

I checked online and found an info meeting for your team. The meeting with Dr. Broden was as if you were "talking about me" and I was completely taken by this...

Eva Pääkkönen is 59 years old, nurse in home care, has previously worked at a cardiology unit and in ambulance care. She has had problems with obesity since the age of 40, and in the family there are several who live with large bodies.

What attempt would you have done to lose weight earlier in life?

I tried Extravaganza and lost 17 kg, but later regained it again. LCHF worked fine for a while, but after menopause nothing worked, it felt like.

How did you choose surgery?

I got a new colleague at work, who had surgery many years ago. She was fine and I was inspired by her. An important reason was also that I finally got the knowledge that all bodies DO NOT have the same conditions in terms of weight and size. This was a great relief from guilt and shame because of great body.

Was there anything special you were worried about before the surgery?

I had never had surgery before, never been sedated, but it went well.

What surgery did you do and when?

I did a gastric bypass with you at CSK in Kristianstad on February 11 this year. I was surprised at the wake, “have they done anything at all” I wondered because I was so unaffected afterwards. I had the wounds on my stomach and a little discomfort at one shoulder after the laparoscopy gas, but not a sore throat of the intubation, no such thing.

How did it go for you after your surgery?

It went well. Sometimes it was and is difficult to keep up with all the meals -especially if you are morning tired! The routines at work went pretty well right away, I keep an eye on the clock. You can do the best you can. The job is easier for me with fixed routines, it’s a bit trickier when you’re free.

I had at first a really unpleasant dumping -three Aladdin pieces gave sweats and general impact. I get slightly nauseous from fatty foods -but it’s no loss to forgo it. I otherwise have about the same taste preferences as before.

What was your long-term goal of operating? How’s it going?

I wanted to be able to move more easily, be able to train and do things. I already feel a big difference! Many little things in everyday life that you did not even think about were hard going much easier now.

What did you weigh before surgery? What do you weigh today?

What doyou see today as the benefits of having surgery?

“Everything” is better. I’ve been able to stop cpap for sleep apnea syndrome. I feel younger – at least ten years! And I can wear my old favorite clothes again.

Is there anything you miss that you can no longer do (eating, drinking, other)?

A little sweet after dinner I can miss sometimes, but it’s really not a big concern.

Do you have any advice to give to someone who is thinking of having surgery for obesitas/obesity disease?

DO IT! Everything went light, fast and smooth. I can recommend GB Obesitas, it is fast paced, but you get very well treated and it is nice staff.

Do you have anything else you want to tell me about?

Many people around me are surprised that I feel so good. It’s like they almost expect you to feel bad? But that’s not the case for me! 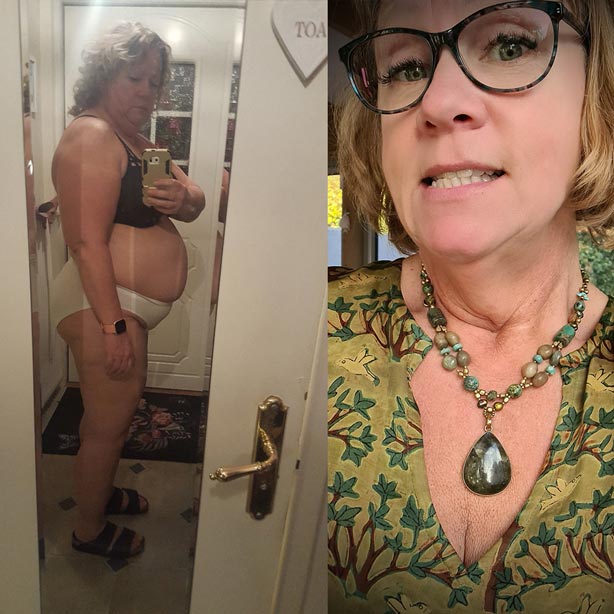